JULY WAS ANOTHER busy month for the team at our community-led investigative platform, Noteworthy, as they worked on five separate investigations.

The team also published its investigation on the lack of legal clarity over assisted human reproduction, launched new proposals, and has another investigation ready for release.

One proposed investigation that we think is particularly important is ‘Four in the Bed‘ that we launched for crowdfunding in July.

This proposal emerged after we were contacted by a reader through our website submission form who had questions about the relationship between the Big Four accountancy firms and the government. We hope to answer questions such as just how high their fees are, how much public money is spent on the services of the Big Four and if this has increased in recent years.

BIRTH PLACE: Why does the Irish health service offer so little choice for expectant mothers? We want to find out what is causing the delay.

Our Covid-19 project was launched in March, covering issues such as the impact on the arts sector, hospital food and childcare. Two of our projects were funded.

The first exposed the domestic violence epidemic raging behind closed doors and our reporter Maria Delaney is now putting the finishing touches to our investigation on the impact on paid home carers.

A three-part series will be published on this wide-ranging expose this coming week, with the first article on the impact of the pandemic on the home care sector out just after midnight on Monday.

We also launched a four-part Childcare Voices series where we heard from parents, trade unions, and centre owners on the future of childcare in Ireland. This project runs in line with our Childcare Crossroads proposal to examine the toll Covid-19 has taken on the sector.

We hope to supplement this project through our general contributions fund. If you wish to support that drive, contribute what you can here.

You can still send us your ideas by writing us a note on what worries you most about what Ireland will look like in six months’ time to noteworthy.ie/entry.

We are delighted to see some pioneers taking up our new monthly contribution option. This can be done through PayPay and goes to our General Fund. If you’re interested, click here. 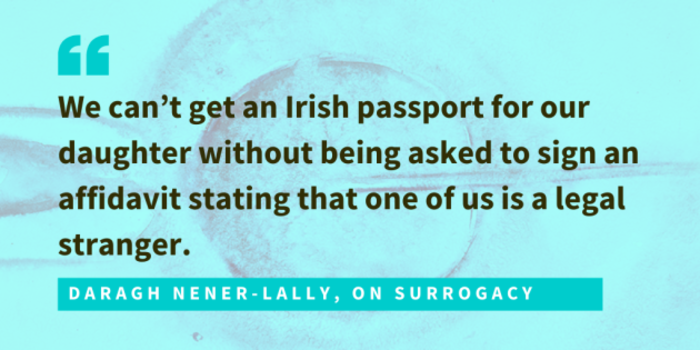 In our ‘Parent Rights’ investigation, Noteworthy investigated why same-sex couples and other parents are still in legal limbo with their own children, combing through dozens of documents on surrogacy and egg or sperm donation and speaking to numerous worried families.

The resulting work from Peter McGuire was published earlier this month. We found that fertility doctors have concerns about the lack of legal guidelines around surrogacy and assisted human reproduction that have left some children in legally precarious situations.

We also revealed tensions between two Ministers regarding overdue legislation, as well as continued confusion about the parental status of same-sex female couples who undertake reciprocal IVF. Read the full investigation now: Stateless children and parents who are legal ‘strangers’: the Irish families left in limbo.

Alongside our Caring for Carers investigation that is nearing completion, we are also working away on several other investigations.

Our Speak or Survive investigation will take a few more weeks of research and interviews. We have identified a number of common threads, including institutional cover-ups, victims not being believed, and concern that State agencies have not been supporting them adequately.

We are also working on our Solving Solar investigation, digging into reports and talking with international experts on the range of underlying issues that all play an intricate role in the delay in the roll-out of rooftop solar in Ireland.

In our Spruced Up investigation into forestry policy and its potential impact on biodiversity, we are examining the issue of afforestation and tree felling in EU-protected nature sites, as well as digging into data to identify conifer plantation hotspots across the country.

Just last night, we ran this important piece from Pavee Point’s Caoimhe McCabe about the level of workplace discrimination against Travellers and how to combat the problem. She outlined the widespread problems faced by members of the community that leads many to hide their identity when seeking work. We want to examine the scale of racism in Irish workplaces and recruitment processes in our Racism at Work proposal.

Our own Maria Delaney also penned this important piece earlier this month, hammering out the key findings from a landmark UK report into harmful side effects suffered by women from vaginal mesh treatment and the use of an epilepsy drug, sodium valproate. We want to carry out an in-depth investigation into why Irish women were not told for decades that sodium valproate can cause birth defects in our Risk to Baby proposal.

Earlier this month, in support of our Something in the Air proposal on air pollution, University College Cork’s Professor John Wenger, penned this piece for us, about the potential health dangers of continued residential solid fuel burning in small Irish towns. 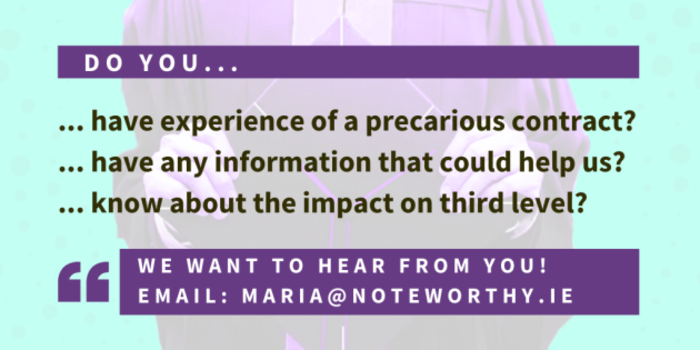 We received an overwhelming level of support in recent weeks and now several more investigations are fully funded, including our Academic Uncertainty proposal to examine how universities are able to employ researchers and lecturers on precarious contracts.

Selling our Genes, our proposal to examine State funding to private sector DNA collection, is now also funded following a flurry of support over the past month. Thanks to the combined 118 backers for their generous contributions!!

98 – Articles published, funded through proposals or our general fund.
58 – Open proposals compiled from ideas sent to us by the public.
5 – Proposals on their way to being funded soon:

LIFT OUT: When is public transport going to be fully accessible to people with disabilities?
Ireland
Access to public transport has been highlighted as a problem in Ireland for many years with notice needed for commuter trains, numerous bus stops inaccessible, some areas not covered by any service and accessible taxis in short supply.
39 Backers raised €750 of €1200
Learn More
Open

ENDANGERED SPECIES: Can Ireland halt the decline of its precious biodiversity?
Ireland
Ireland’s biodiversity is under threat. According to a report from last year, 85 percent of our EU protected habitats are in an “unfavourable” condition and 46 percent are showing ongoing decline.
32 Backers raised €1060 of €1800
Learn More
Search for Proposals