“WE HAVE NO drinking water. It’s a basic need. We rang several times and [Irish Water] keep saying they’re nearly ready, but that’s since January.”

Ollie O’Neill is one of over 1,400 people currently with either a boil water or do not consume notice in place for more than three months, with the majority of these having notices in place for much longer.

Almost 900 people across eight locations have boil water notices in place for a year or more, according to new data released by Irish Water to Noteworthy.

O’Neill’s house is on the Choill Rua public water supply in Paulstown Co Kilkenny. Over 200 people on this supply have had to boil all water for drinking, cooking and brushing teeth for almost six months now due to a “detection of Cryptosporidium”, according to Irish Water’s notice.

Cryptosporidium is a parasite that is found in human or animal waste. If present in drinking water, it can cause gastrointestinal illness, such as persistent diarrhoea, particularly in young children and older people.

“You have to very careful – you don’t want to drink water that’s contaminated,” explained O’Neill. “There are a ferocious amount of young kids in the estate and I’m not sure how they manage.” He gets water in a tank from his mother-in-law who is on a different supply. 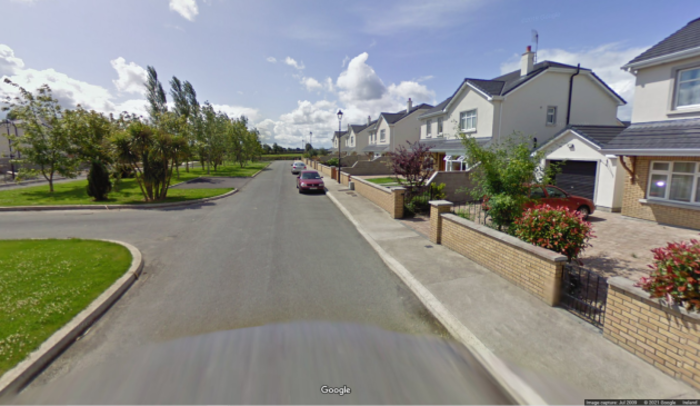 Over the past two years, 50 boil water notices and 10 do not consume notices were in place for longer than a month.

One boil water notice from the Lough Talt Regional Water Supply in Co Sligo affected over 12,500 people and was in place for almost two years until it was lifted in November 2020. The longest was in place in Scrothea, Co Waterford where three people had to boil their water for almost six years until this notice was removed in  June 2020.

The longest boil water notice still in place is from the Clonmel Poulavanogue supply in Tipperary which has impacted 96 people for over 2.5 years. Fedamore public water supply in Co Limerick has a longstanding boil water notice that impacts the most people – almost 500 have been affected for over 1.5 years.

“A boil water notice is a formal notice issued to all properties in an area advising that drinking water from the public mains is not safe to drink unless it is boiled and cooled beforehand,” according to an Irish Water spokesperson.

The most common reason for issuing a boil water notice would be where routine testing of the drinking water supply has shown the presence of harmful bacteria (such as E. coli), or pathogens such as Cryptosporidium.

In some cases, the spokesperson said that a boil water notice is in place for “customers living in close proximity to some treatment plants” as the water “does not have adequate contact time”. A national programme is underway “to rectify this issue”, they added.

Do not consume notices are issued if elevated contaminants such iron, aluminum or nitrates are found in water supplies. In this case, tap water can’t be used for drinking or the preparation of food, even if boiled, so bottled water is often supplied locally as a substitute.

A do not consume notice is currently in place for Barndarrig supply in Co Wicklow which has impacted 220 people since February 2021. This is due to “elevated levels of nitrate in the water supply”.

To view an searchable version of this table, click here.

Back in Paulstown, O’Neill feels that their village is not being prioritised by Irish Water. “We’re being left behind for water and sewage. It is a growing village and population but the water hasn’t been upgraded for the amount of people living here.”

An audit by the Environmental Protection Agency (EPA) of Choill Rua supply in February identified a number of improvements needed and asked Irish Water to clarify why the supply “was not progressed under the Disinfection Programme” in Co Kilkenny. On the Irish Water website, this programme is marked as “now complete”.

An Irish Water spokesperson told Noteworthy the supply was not included in the programme as it is anticipated it will be connected to a larger supply in the area – the main Gowran Goresbridge Paulstown scheme – “when that was completed”. The utility has reviewed all Kilkenny treatment plants that “were reported as not progressing” under the programme and “are satisfied” all meet minimum disinfection criteria.

Since the issuing of the boil water notice, “Irish Water and Kilkenny County Council have carried out a number of upgrades to the Choill Rua water treatment plant”, added the spokesperson. This included ultraviolet (UV) treatment and a new filter system which are “currently in process proving stage”.

Once process proving is complete and the upgraded works demonstrate that the issues affecting water quality have been addressed, the boil water notice can be lifted following consultation with the HSE.

There is also a wider issue with access to water in Paulstown. Planning permission for 42 houses was recently refused by Kilkenny County Council, and An Bord Pleanála following an appeal, due to water supply and sewage treatment capacity in Paulstown.

When asked about this development, a spokesperson stated for Irish Water that while they “do not comment on individual customer connections, Irish Water’s investment plan prioritises the need to support housing and development in line with our obligations to protect the environment”.

Each application for housing is assessed on a case by case basis and in certain instance localised solutions have been effective in enabling development to progress. We continue to encourage developers in the area to engage with us on their plans.

Previous estates in the area were built and supplied by a private well due to this lack of public supply, but there have been ongoing issues with contamination and high maintenance costs for residents with these wells, according to a newsletter from a management company seen by Noteworthy.

Linda Healy from the Paulstown Development Association said that “this is why rural Ireland is in the state that it’s in as people can’t connect to services and it’s not sustainable to be digging a well for every house”. She added that with poor water services in the village, the only option for locals is to move away.

You read about regional redevelopment, rural hubs, serviced sites. It’s all wonderful policy but there’s very little there to back it up. They’re looking for broadband continuously but water facilities are the biggest issue that we have.

Healy met Minister Malcolm Noonan, who is based in Co Kilkenny, alongside local Labour councillor Denis Hynes to discuss the water issues but both are not happy with progress since.

A new water system for the wider area “has been talked about for more than three decades”, according to Hynes who is very angry about how issues with water are still ongoing. “It was meant to be done this year and they pushed it right back.”

It’s not allowing for any future development at all. They’re telling us it will be upgraded no sooner than 2024. That might only seem three years away but that could finish off some villages and towns.

Noteworthy asked Irish Water when they anticipate the water supply will be improved in the Paulstown area. A spokesperson said the upgrade of the Gowran Goresbridge Paulstown scheme “is included in the current draft Capital Investment Plan” which “is subject to consultation and final determination by the Commission of the Regulation of Utilities”.

The Irish Water spokesperson stated that in 2020 it “carried out works to remove almost 80,000 people from boil water notices”.

“Regarding the notices currently in place, we are working in partnership with local authorities to address these issues and to enable the lifting of notices as quickly as possible once it is safe to do so, while prioritising the public health.”

They added that in some cases significant investment is required which may also include land purchase, planning permission or environmental consents “before any works can proceed” but they are “making steady progress in addressing all outstanding drinking water restrictions”.

Do you want to know where in Ireland has the most polluted tap water?

The Noteworthy team want to explore the supply system in Ireland to identify the areas of the country with poor water supply and talk to people about the impact of this on their life.

EXOTIC WASTELAND: Where do soft plastics in our recycling bin end up?
Ireland
Soft plastics can now be placed in Irish recycling bins following a change in policy in September 2021. But how much of this actually ends up being recycled on our island?
51 Backers raised €1075 of €1180
Learn More
Nearly Funded

SYSTEM OVERLOAD: The public health system was creaking before the pandemic - has Covid-19 broken it?
Ireland
At the start of 2021, Ireland had a backlog of thousands of positive Covid-19 tests awaiting validation.
46 Backers raised €1483 of €1840
Learn More
Open

FUELLING RETIREMENT: Are Irish pensions contributing to the climate crisis?
Ireland
In 2019, Ireland became one of the first countries in the world to divest its investment fund away from companies that make substantial profit from fossil fuels. However, the majority of private Irish pension funds still include companies involved in oil and gas exploration, extraction and refinement.
30 Backers raised €897 of €1240
Learn More
Search for Proposals