A CONVENT BUILDING and site beside Dublin’s Beaumont Hospital was sold by the Sisters of Mercy to the HSE for over €2.7m earlier this year – despite being listed for €1.9m just six months earlier.

Beaumont Convent and its 0.56 hectare site was put on the market for €1.9m. An independent valuation obtained by Noteworthy recommended a bid of €2.7m be placed by the HSE in a closed tender process which took place in October 2020.

“The Beaumont Convent Building has strategic value for the HSE and Beaumont Hospital,” according to a spokesperson for the HSE.

The spokesperson added: “This value relates to the building’s location adjoining the Hospital Campus and its suitability for the relocation of non-core hospital functions from strategically important sites within the hospital thereby facilitating important future developments.”

The brochure of the 1,000 sq metre-plus building mentions “the proximity to Beaumont Hospital” as “a feature”. It also states it comprises of four reception rooms, 21 bedrooms as well as kitchens and bathrooms.

A 40% increase on asking price

Noteworthy asked the Sisters of Mercy why it was sold with a 40% increase on the asking price and if the order offered the HSE the option of buying the property before putting it on the open market.

A spokesperson for the religious order said that the property was fully owned by the Sisters of Mercy and “was sold after an open and transparent tender process”.

They added that “an indicative price was given to interested parties, a standard part of the tender process”. 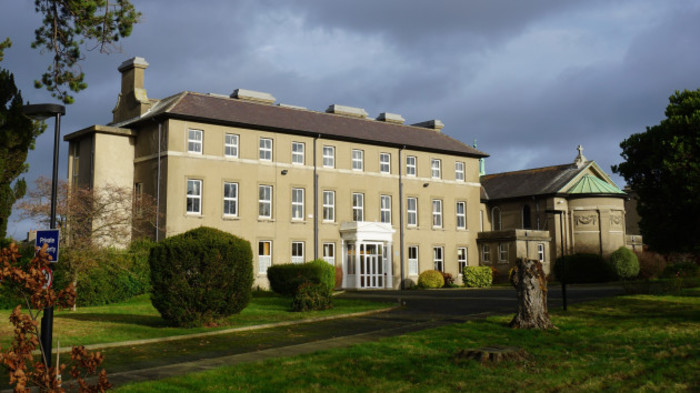 In response to a query about the price paid, the HSE spokesperson said that they had it valued by an independent expert as to the market value.

The HSE submitted a bid in accordance with that advice received in a closed bid tender process. It was the view of the independent expert that the asking price for the property was below value to attract market interest.

Noteworthy obtained this independent valuation through a freedom of information (FOI) request and it stated that there were “no offers in to date” before advising a bid of €2.7m.

At the time of the valuation, “over seven tender packs” had been “requested from interested parties”, with four of these “gone out to property developers”.

An insight into the sale by the Sisters of Mercy is included as the report stated: “There is no appetite on the vendors side to move away from the tender process.”

The chartered valuation surveyors took three approaches to valuing the property. The highest, at just over €2.6m was based on transactions “recently conducted or agreed” by their office of protected buildings in Dublin 1 and Dublin 2 . A development site in Dublin 11 was used to calculate the development value of the land.

The report also included other valuation approaches based on  commercial use – €2.1m – and residential use – €1.9m – which were closer to the original asking price.

It concluded that the first – and highest – valuation method was preferred “as it is based on transactions of older period buildings conducted by this office in the real world”. It added:

This bid was almost €100,000 higher than the top valuation in the same report.

In the latest HSE National Service Plan – published in January 2021 – it accounts for a total cost of €4.23m for the freehold acquisition of Beaumont Convent and “upgrade for admin accommodation”. Just €1.52m of this was included in the 2021 capital costs.

The HSE spokesperson told Noteworthy that after its purchase, Dublin City Council (DCC) designated the convent building as a protected structure.

The spokesperson explained that this meant “planning consent became necessary for the proposed change of use prior to development proceeding” and the hospital’s design team “are currently in dialogue” with DCC before “submitting a planning application”.

In their evaluation of the convent, DCC’s Deputy City Planner compiled a report last June which included the history of the site. It stated that “by the turn of the 20th century Beaumont House and lands had been sold to the Sisters of Mercy”.

It also mentioned the “ceding of lands” for the construction of a nearby secondary school in the 1950s and Beaumont Hospital in the 1980s. Beaumont House – the estate’s Georgian farmhouse, was “transferred” to the HSE a number of years ago.

An “extensive housing development” was also built on the lands in the 1990s, with eight acres preserved as a public park.

In around 2010, “the Sisters of Mercy commissioned a review of their property” at Beaumont, which resulted in a number of distinct “property portfolios”, with the convent being separated from the remainder of the site, according to the DCC report.

In regards to the Beaumont Convent, the report stated it was sold due to “a declining community of much reduced numbers”, as well as the following:

“Fixtures and fittings, identified as being of liturgical or devotional importance were removed by the religious order as part of the sale agreement and have been relocated to various parish churches within the archdiocese of Dublin.”

How much money are religious orders pocketing from lucrative property sales?

Through Noteworthy, we want to follow the money trail by investigating sales of properties and land by religious institutions over the past number of years.

Here’s how to help support this proposed investigation>