“THE COMMUNITY REDUCED the numbers, identified symptoms, got tested and got tests for their partners, and that is how we reduced the numbers.”

Dr Cathal O’Broin, a consultant in infectious disease at St Vincent’s University Hospital, put the response of the gay community as being instrumental in tackling the monkeypox – now renamed as mpox – outbreak in Ireland.

Speaking at an online event in November O’Broin said that “many STI clinics could do monkeypox testing, or direct you to the right place”.

He said that the gay community in Ireland, which endured the HIV epidemic in the 1980s and 1990s, when the disease was largely fatal, responded well to public health messaging.

This has led to no cases of mpox being reported in Ireland on the week before Christmas – up to 17 December – for the first time since the outbreak began.

“When the national crisis management team formed for mpox, they wanted really meaningful engagement with the communities most affected by it, and the response that was put in place was indeed meaningfully informed by communities,” he said.

“Although mpox can affect anyone, the response was different to the Covid-19 response because it involved targeting a particular community in society, so a targeted response was key.

“Within the LGBTQ+ community, we have a long legacy in relation to public health and health seeking behaviour. We had to reach subsets who may be resistant to state authority, so a peer-led response was vital.” 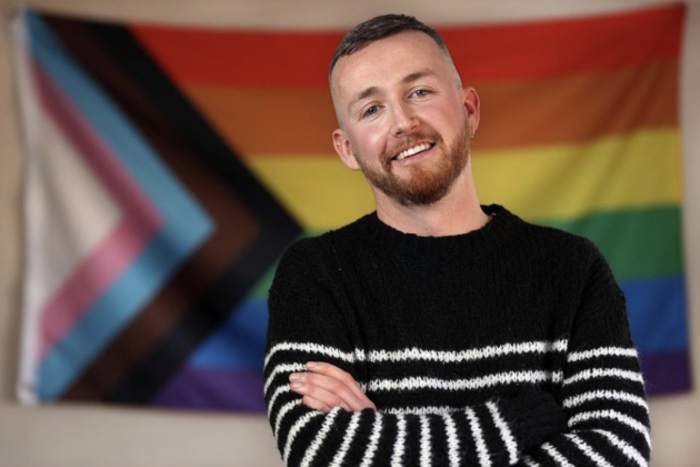 Within the gay community, however, there was significant frustration – sometimes verging on anger – about the HSE’s response and inability to procure vaccines.

Others, meanwhile, said that they found it hard to see their friends in other countries get vaccines while the gay community in Ireland had to wait for so long.

As part of our SYSTEM OVERLOAD investigation, today Noteworthy examines the response to mpox by the Irish public health system.

This morning, we reported that Covid was the kick that jolted a creaking public health medicine system, with recruitment targets being broadly met by the HSE.

Mpox was the first big test for Ireland’s public health system. So, how did we fare – and what can we learn?

Mpox, a viral disease in the same family as smallpox and cowpox, and spread through close contact, was first detected in Europe and North America in May.

It’s a virus that’s normally found in central and western Africa, and is usually self-limiting but unpleasant, and rarely fatal. Mpox found its way to Northern Ireland in late May and was reported in Ireland days later.

For a world just emerging from the worst scars of Covid, it felt all too familiar. Were we on the cusp of another global pandemic, and how ready was Ireland to deal with it?

In June, the World Health Organisation declared mpox as a “public health emergency of international concern”, noting that it had spread rapidly and posed a risk for people in Europe where cases were high. Where the WHO declares a global health emergency, there is an onus on countries to respond rapidly.

Although mpox is not a sexually transmitted infection, it was spreading primarily among men who have sex with men, as it can be transmitted through skin-to-skin contact.

Although the gay community worked to keep the infection numbers down, Ireland struggled to access the mpox vaccine. Unlike Covid-19, when it first emerged, there was already a vaccine for monkeypox, the same vaccine that was used to eliminate smallpox.

This led to significant frustrations among those in need of inoculation and called into question our ability to respond to infectious diseases.

“But there was limited stock out there. The HSE, Department of Health and Minister for Health contacted the manufacturers.

“During the summer, we were monitoring peak infections and numbers were increasing. In August, the European Medicines Agency advised on intradermal vaccine delivery, which allowed more vaccines to be given.”

Because of the limited stock, only some people were given vaccines, despite widespread willingness among the gay community to take them.

In October, all vaccine appointments were booked within hours of the online portal opening, and Minister for Health Stephen Donnelly confirmed that an additional 15,000 vaccines had been purchased.

Speaking to Noteworthy, Shanley of HIV Ireland said that there were relatively few cases here in comparison to our closest neighbours, with very few hospitalisations.

“There was a wide spectrum of experience, from a minority of more extreme cases, to those that might be described as mild, and some asymptomatic transmission. But there were social and mental health impacts: having to spend a month in strict isolation and the stigmas that some attached to mpox.

A month in isolation meant a month off work, and only standard illness benefits applied, forcing some to make difficult choices where their case was mild. Some had no choice but to keep working.

Shanley said that in order to “have meaningful public interventions, we need to be able to encourage and support people in isolation”.

“We have a strong history of mobilisation in our community, as we have seen with HIV and with syphilis outbreaks, and that is the one of the reasons why Mpower was the vehicle for the message

“We are about responding to the sexual health and wellbeing needs of our community, using evidence-led and research-based, sex positive and non-judgemental approaches.”

Because of outreach at the most local possible level, and because mpox was spreading during Pride month, Shanley believes the messages were absorbed quicker, by a community willing to listen and eager to be part of the response.

“Whether deciding on behaviour change, acting on awareness or getting the vaccine appointment when it was available, all these behaviours had a big part to play in minimising cases.”

From a public health perspective, Shanley says it would be remiss not to have learned lessons from the mpox outbreak.

“Speed of response is important, and it worked well in the first cases. I saw clinicians, epidemiologists and people from across the HSE doing their best to pull together.

“But we were not speedy to respond with vaccines, and it was difficult to be involved in the response, and be the target audience, but looking at Europe and North America where people had their shirts rolled up and were getting a shot in the arm so many months before us. It was disappointing.

“While those who worked in procurement did their level best, there must have been some barriers to accessing vaccines in a timely manner.”

Delighted to get a monkeypox vaccine at a pharmacy in Marseille today. It's bittersweet though knowing that my friends and patients in Ireland are still waiting to hear of even a tentative schedule for the vaccine rollout back home. 1/ pic.twitter.com/n8DgXb9EdN

At the event, Browne said that he appreciated the frustrations of the gay community and that the vaccination programme was one part of the HSE response but, with limited availability, the priority had been to provide treatment to those who had contracted mpox.

He said that the HSE will continue to review access to vaccines and, in line with the National Immunisation Advisory Committee (NIAC) guidelines. to vaccinate anyone who feels they may be at risk. Vaccination centres are currently throughout county Dublin as well as in Portlaoise, Wexford, Cork, Limerick and Galway.

The HSE was approached for comment on lessons learned from monkeypox.

Vaccines for mpox are now readily available in Ireland but Shanley said that equal access to vaccines across the world needs to be a key part of future public health responses.

“Mpox was a novel outbreak here among gay and bisexual men, but it has been endemic in Central and African countries for so long, and they do not have one vial of those vaccines.

“If we choose to ignore emerging zoonotic diseases from [some tropical and/or African countries] until they reach our shores, this will happen again. But if we supported those countries, and ensured vaccine equity rather than allowing one company to hold the recipe, we would not have reached this point.”

As part of this series, Noteworthy found that public health reform is finally taking off but success depends on the State tackling inequality

By Peter McGuire for Noteworthy

This investigation was proposed and funded by readers of Noteworthy, the crowdfunded investigative journalism platform from The Journal.