THE STATE WAS warned over three years ago that part of its environmental criteria used in the forestry licensing process may not be strong enough to ensure forestry does not have a negative impact on the environment.

Noteworthy can reveal that the Department of Agriculture (DAFM) continues to use these guidelines despite warnings from a senior official in the European Commission.

Humberto Delgado Rosa, the director of the Natural Capital division in the Commission’s environmental directorate, outlined his concerns in a December 2017 email to Colm Hayes, Assistant Secretary in the Department of Agriculture (DAFM) with responsibility for forestry.

The email – released to Noteworthy under EU Freedom of Information rules - followed a meeting between the EU body and the Department the previous month on a range of issues related to Ireland’s forestry model.

The Minister of Agriculture, Charlie McConalogue, confirmed the meeting took place during a recent Dáil debate. He said his Department, under which the Forest Service sits, proposed loosening rules on planting on marginal land (known as the 20% rule).

Introduced in 2010 with a view to protecting nature, the rule ensures that a maximum of 20% of any forestry plot is planted on marginal land with little farming value. The majority of private forestry owners in Ireland are farmers. 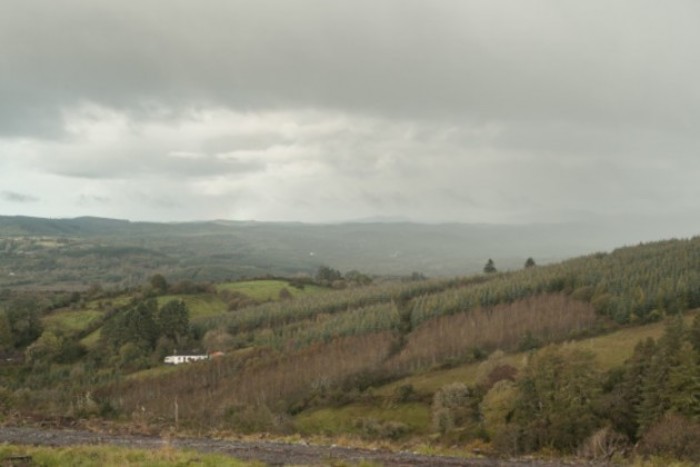 While this land has low agricultural quality, it is often of high nature value (HNV) and contains pockets of rich biodiversity, home to many species that cannot survive in a more intensive agricultural landscape or in a plantation forest.

According to McConalogue, the Department told the Commission at the November 2017 meeting that the Forestry Service had introduced a more comprehensive system of environmental assessment into the afforestation approvals process.

This, he said, was underpinned by new documents to guide forestry applicants on the environmental requirements for afforestation and the types of land allowed for afforestation, released in December 2016 and in October 2017 respectively.

McConalogue said the Department told the Commission that “on the ground” implementation of the documents was “sufficient to remove the 20% rule”.

Conservation groups and biodiversity experts have argued that removing the 20% rule would damage habitats protected under EU law and undermine HNV and peatland habitats.

Last October, a Noteworthy investigation into the environmental impacts of the Irish forestry model revealed that licences for plantations continue to be approved on or near peat soils and other HNV areas.

Concerns were also raised in the investigation about the quality of environmental assessments undertaken by the Forest Service in granting forestry licences.

At the time, the Department told Noteworthy that the two documents referenced above help to “ensure that afforestation is in line” with requirements under the current Forestry Programme.

However, as recognised by McConalogue in his recent Dáil statement, the Commission told the Department that it did not believe the two documents provide a clear system to reassure it that environmental risks from afforestation were being adequately assessed.

The full contents of the reply, released via FOI, reveal more details of the response from  Delgado Rosa that the EU body told Noteworthy is “an informal document, which does not reflect the position of the Commission”.

In his email sent in early December 2017 to DAFM’s Hayes, Humberto Delgado Rosa sets out his concern that the two documents do not ensure that the State is meeting its requirements under EU environmental law.

He also outlined concern that one of the documents about environmental requirements for afforestation has “no reference to any national legal provisions or to the scientific data forms, conservation objectives or established measures” for Ireland’s protected nature sites.

In addition, the Commission official said that it is not clear from the documents what kind of ecological information needs to be provided for the environmental assessment process. He added that it is also not clear at what stage environmental considerations need to be taken into account in the licence application process.

“Our conclusion from a closer look at the two documents is that, in their current state, these do not appear to provide a sufficiently clear or stringent system to reassure us that environmental risks from afforestation are a thing of the past,” he concluded.

In a statement, the Department said that the “two documents are intrinsically linked” and “went through exhaustive consultation”, with the document on land types allowed for afforestation was re-issued in October 2017 with improvements to its methodology.

The environmental requirements for afforestation document “remain unchanged” apart from a clarification regarding the definition of water feature, the Department added.

It said that it has put its focus on training registered foresters, with several circulars also issued since 2017 outlining updated environmental requirements as part of the forestry application process.

The Department said that the documents form “just two components of a multi-component process” that also includes public consultation and a detailed environmental assessment process that can “significantly alter the project, reduce its footprint, or [lead to] outright refusal, on environmental grounds”.

PEAT'S SAKE: Why have authorities failed to tackle unlicensed industrial peat extraction?
Ireland
Protection of our peatlands has been described by experts as the low hanging fruit in tackling the dual climate and biodiversity crises.
62 Backers raised €1900 of €2530
Learn More
Open

FUNDING FERTILITY: Has the delay in publicly funding IVF destroyed people’s chance to have children?
Ireland
Around one in six couples in Ireland experience difficulty when trying to have children and will face thousands of euro in costs if they seek fertility treatment.
24 Backers raised €662 of €950
Learn More
Open

SYSTEM OVERLOAD: The public health system was creaking before the pandemic - has Covid-19 broken it?
Ireland
At the start of 2021, Ireland had a backlog of thousands of positive Covid-19 tests awaiting validation.
34 Backers raised €1218 of €1840
Learn More
Search for Proposals