THE FORESTRY APPEALS Committee has set aside forestry licences in over half of its decisions since the end of October over concerns with environmental assessments carried out by the Forest Service, a Noteworthy analysis reveals.

The Forest Service sits under the Department of Agriculture (DAFM) and grants all forestry licences for afforestation, felling and thinning.

All applications must undergo assessment for potential environmental impact on any of the 430 EU-designated protected nature sites in the country that are located within 15 kilometres of the proposed forestry site.

Concerns have been raised by various conservation and community groups over the quality of environmental assessments carried out to date, with the majority of cases brought before the Forestry Appeals Committee (FAC) on these grounds.

The FAC is currently facing a backlog of cases that is holding up the flow of timber in the €2 billion sector as applications fall under heavier scrutiny.

A recent Noteworthy investigation in October revealed that the FAC has found that unsatisfactory environmental assessments were carried out in many cases where licences were granted.

In November 2019, the Department updated its environmental assessment procedure in response to the FAC decisions, stating that a more stringent process is now in place.

An analysis of FAC decisions released since the publication of our investigation in late October, however, reveals that FAC concerns remain, including for licence decisions made since changes to the Department’s procedures were introduced.

The Committee has now set aside licence decisions in 39 of 74 appeal cases decided between the end of October and 18 December 2020. The majority of licences set aside concern felling, as well as some thinning and afforestation licences, to cover a total area of just over 335 hectares (ha).

In the majority of cases, the committee’s main concern rested on the in-combination assessment carried out as part of the screening process to determine if a more stringent and full environmental assessment – known as Appropriate Assessment (AA) – is required.

The in-combination assessment examines the potential impact of the proposed forestry project combined with other projects in the area – such as other forestry plantations or wind farms – on any protected nature sites falling within the 15km radius limit.

In most cases, the FAC has told the DAFM to now undertake new environmental assessments in line with the EU Habitats Directive.

In several of the recent FAC decisions analysed by Noteworthy, the FAC ruled to set aside the licences and remitted them back to the DAFM as it had “failed to carry out an in-combination assessment before the decision to grant the licence was made”.

In one proposed case, the licence issued in February 2020 concerned the felling and replanting of almost 15ha of predominantly Sitka spruce within the Slieve Aughty Mountains Special Protection Area (SPA) for the Hen Harrier.

In another case for the felling and replanting of over 18ha in Co Cork, also granted in February 2020, the FAC said that the DAFM failed to carry out a satisfactory in-combination assessment prior to the granting of the licence. This, it said, “constituted a significant error in the making of the decision which is the subject of the appeal”.

In many other cases, the FAC noted that the DAFM relied exclusively on the licence applicant’s statement about the potential in-combination impact before making its decision.

When the Department was subsequently asked by the FAC to provide its own in-combination assessment after the licence was approved in these cases, the FAC found significant differences as a number of additional projects were identified in the DAFM analysis.

This included the addition of other afforestation and felling projects, as well as wind farms and EPA licensed projects. In these cases, the FAC set aside the licences and remitted them back to the Department for re-assessment.

In a statement, the Department of Agriculture said that it fully accepts the decisions of the FAC and will revisit these cases. The FAC told Noteworthy that any further decisions made by DAFM on licences remitted back to it are “not re-examined by the FAC”. 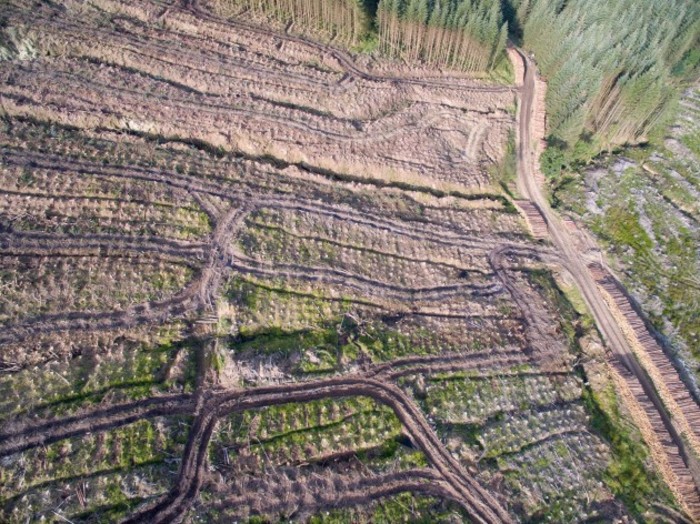 Records seen by Noteworthy confirm that a significant number of the appeal decisions since the end of October concern the commercial semi-state forestry company Coillte.

According to a Noteworthy analysis, around 30 Coillte licence applications were set aside and remitted back to the Department of Agriculture, primarily related to FAC concerns over the in-combination assessment process.

When asked if Coillte could provide an estimate as to how many of its licences were approved in 2020 where DAFM relied exclusively on its in-combination assessment, the company said that “this question should be directed to DAFM as they are responsible for the approval process”.

The Department did not answer Noteworthy’s question about this but said that “all applications for forestry licences are assessed by the Department in-combination with other plans and projects as required under the legislation.”

Coillte also recently withdrew 16 licence applications that were subject to appeal, according to DAFM records seen by Noteworthy.

When asked why it took this decision, the company did not provide an answer but said that licence withdrawal is an option available during the appeals process and that “Coillte occasionally avails of this option”. 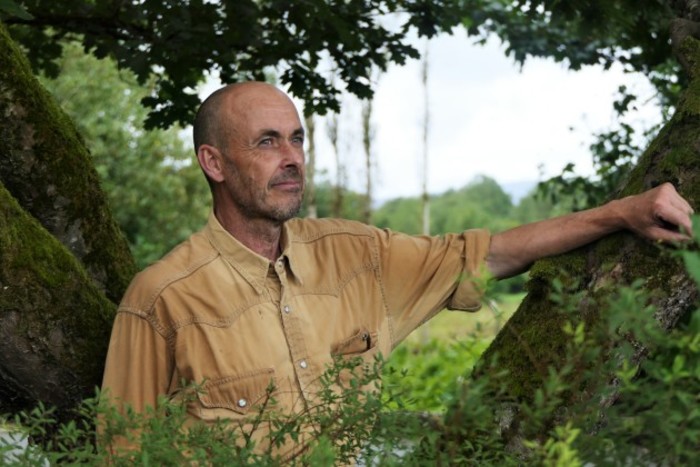 A total of 49 of the 74 appeal cases heard since the end of October were brought by one individual, Neil Foulkes, with licences set aside and remitted back to DAFM in 30 of his cases.

Foulkes, a seasoned hedge layer in Co Leitrim, has taken over 200 appeals to date over concerns with the environmental assessment process. He told Noteworthy that he only takes appeals where he has “very distinct grounds for a case”.

Many of his recent appeals also outline his concern with the level of consultation with the National Parks and Wildlife Service and the EPA.

“Other issues that are showing up are the failure to take on board the feedback from prescribed bodies,” Foulkes said, including submissions from Inland Fisheries Ireland (IFI) in cases he appealed where there may be an impact on water quality.

In one appeal case concerning a licence granted in March 2020 for felling of Sitka spruce on peaty soils in the catchment of the Donard River in Co Wicklow, Foulkes raised concern that the licence conditions did not take into account a submission from the IFI. The river is an important spawning and nursery habitat for salmon.

In its decision, the FAC noted that the IFI had stated that it was “imperative” that the impact of numerous clear-felling operations in the area “do not result in any discharges/damage to downstream waters or contribute to any loss of biological water quality”.

The FAC noted, however, that the original in-combination assessment only considered information submitted by the applicant.

It said that a subsequent DAFM assessment provided after the licence was issued “considered a significant number of additional forestry related projects”. The FAC concluded that “serious errors had occurred in the making of the decision on the licence”.

The potential impact of forestry operations on aquatic biodiversity was raised during Noteworthy’s Spruced Up investigation, including protected species such as the Freshwater Pearl Mussel.

Forestry is a key pressure across catchments where the endangered freshwater pearl mussel (FPM) species is found. The keystone species needs very clean water to survive.

In one recent FAC decision on a licence granted in April 2019 to afforest 5ha with mainly Sitka spruce at a site in Co Kilkenny – part of which was within a Freshwater Pearl Mussel catchment area – the FAC again raised concerns with the DAFM’s environmental assessment.

The application was screened out for further assessment by the DAFM on the basis that there  was no likely significant effects on any nearby protected nature sites as there was no hydrological connection between them and the proposed forestry site.

Based on the evidence that was put before it in this case, however, the FAC found that part of the licence area was hydrologically connected to the River Blackwater and River Nore Special Area of Conservation (SAC) where the species is protected.

The FAC said it was “satisfied” that the DAFM did not take account of this connectivity and that there was also “no evidence” that potential in-combination effects were considered. The licence was set aside and remitted back to the Department.

The Department said that it accepts the independent decisions of the FAC and has no comment to make on individual cases.

Despite many recent decisions going in his favour, Neil Foulkes said that he still believes that the FAC should have quashed more licence decisions over the course of its existence.

He said that he may soon take “a few trips to the High Court” to establish some key points in relation to EU environmental law. “The story is far from over.”

He also said that he believes the recent introduction of fees is in contravention of the Aarhus Convention and EU Directives that outline access to justice in environmental matters should not be prohibitively expensive.

In July, the Government approved the drafting of legislation to amend the forestry licensing and appeals processes. In October, the Forestry (Miscellaneous Provisions) Act 2020 was signed into law after pre-legislative scrutiny was waived.

The Act allows for fees to be introduced for applications, submission and appeals despite concern raised by opposition parties and environmental NGOs. The Government has said that the changes will bring the system more in line with the planning system that has fees for submissions and appeals to An Bord Pleanála.

It now costs €20 for a submission per licence application, while the fee to appeal a licence decision is now set at €200. Fees have also been introduced for copies of licences and related documents such as the submissions from other agencies such as the NPWS and IFI.

Pippa Hackett, the Minister of State for Land Use and Biodiversity, said in late September that the introduction of fees is “Aarhus compliant” and that the Bill was “robustly examined” by the DAFM’s legal team and the Attorney General.

Hackett, who has responsibility for forestry, has also said that she is confident the overall changes to the appeals system will make it “more efficient and fairer to both applicant and appellant”.

The Act also allowed for subdivisions of the FAC to be set up to deal with appeals in a more efficient manner, with three additional divisions hearing cases since early November.

BIRTH PLACE: Why does the Irish health service offer so little choice for expectant mothers?
Ireland
In 2015, the National Maternity Strategy said “there is a lack of choice for expectant mothers” by international standards. It proposed a model of care that “represents a fundamental overhaul of services” which are currently “largely consultant-led and hospital-based”.
43 Backers raised €1448 of €2030
Learn More
Open

REVOLVING DOOR: What influence do former politicians have in Leinster House?
National
In recent years, several former ministers and other politicians have also ended up working as lobbyists across a range of business interests.
50 Backers raised €1360 of €2960
Learn More
Open

SPECIALIST CARE: Are we looking after our intern doctors and specialist trainees?
Ireland
During their years of training, doctors often work excessive hours and experience poor work environments in the Irish healthcare system.
34 Backers raised €970 of €2430
Learn More
Search for Proposals