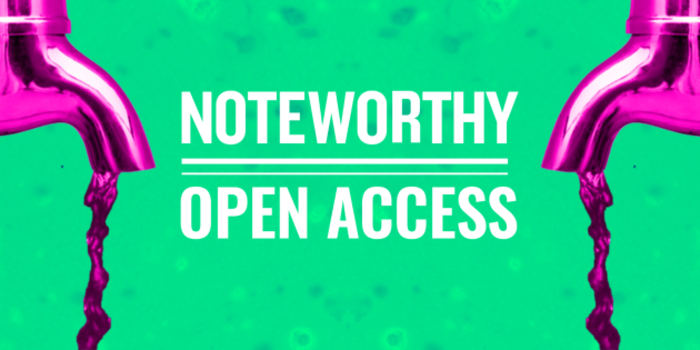 THE KEY TO making good decisions is having access to good information. The team at Noteworthy, the community-led investigative platform from TheJournal, presents this four-part series which aims to give YOU the power to access data from public authorities on matters that impact on your life.

Today, we look at Access to Information on the Environment (AIE) requests.

European citizens are becoming increasingly engaged in a desire to access information held by public authorities on the environment, according to the European Environmental Bureau (EEB), but there are various barriers to accessing environmental information across the bloc.

In Ireland, we do have one possible solution in our Access to Information on the Environment (AIE) Regulations that entitle citizens to ask public bodies for documents on the likes of air, water, pollution, emissions, and waste, as well as documents linked to biodiversity and climate policies.

Importantly, unlike the Freedom of Information (FOI) Act where many semi-states are largely exempt from having to release information, under AIE, citizens can request documents on environmental matters from the likes of the ESB, Bord na Mona and Coillte.

You can now even request records all the way up to the cabinet level following a fairly low-profile High Court decision in 2018 in favour of the transparency campaign group Right to Know.

The use of AIE has proven pivotal to several of our investigations, including our most recent environmental-themed investigations on forestry.

AIE requests helped us to gain access to data on over 30,000 forestry licence applications, as well as data on all cases before the Forestry Appeals Committee and lobbying records from numerous companies in the forestry industry (see here and here).

Based on the afforestation data that we collated through AIE requests, we put together our own online table where people can search for afforestation licence applications in their area.

AIE was also vital in piecing together blockages in embracing the solar revolution in our Solving Solar investigation, giving us an insight into the delays in solar policy over the last decade and the inside track into the workings of a special multi-agency working group set up last year.

The use of AIE also proved crucial in our investigation into the OPW’s plans for the largest flood scheme in Irish history and helped us understand the extent of tree felling by local authorities.

While it is clearly a great tool for any journalist, AIE is also open for every citizen in the country.

How YOU can make AIE requests

The public are generally unaware of their rights in this regard as information on AIE is, unfortunately, not something that you generally find front and centre on public authorities’ websites.

This often means that, apart from the more eco-conscious members of society, people are unaware of how to word their request so as to stand a chance of getting copies of important documents back in return, and also who they should be sending the request to.

We have put together a table of contact details for public authorities where you can send your requests. While this list is not exhaustive, it gives a good flavour of who you can request environmental information from and the email to contact.

Here is a one-stop shop on what sort of environmental information citizens can ask for, how you should word your requests for best results, and some of the pitfalls to avoid.

Ignore the guidance on some agency websites telling you to fill in a specific form for your request. This is not necessary. All you need to do is send an email that states: “I wish to request the following records under the Access to Information on the Environment Regulations….”.

It is key to remember when writing your request that you are requesting records that already exist and that you are not asking a list of questions. For example, asking how much your council spends on litter clean up will likely lead to a refusal. However, asking for reports or briefing documents that contain details of the council’s budget for litter clean-up for 2019, may well get you the records that you are looking for.

You may want to also add your preference to receive records in electronic format as this will make it easier to search records and lessens the chance that a public authority may try to charge you for the cost of photocopying a large number of records. It is also better for the environment too.

You can also request that the records are provided in their original format. This is especially useful when requesting data in spreadsheet format. (We in Noteworthy have received non-searchable PDF versions of Excel tables, when the original Excel sheets would have been much more useful.)

You should also make sure to ask for a schedule of records that the authority has identified through your request. This is good to have as a reference point if lots of records are released to you, but also if records are refused, a description of the records refused must also be included in the schedule. This way, at least you will know exactly what you are being refused access to.

Limit your request as much as possible

While the type of information that you can request is very broad – see a good overview here from Citizens’ Information – you still need to rein in the scope of your request as much as possible.

There is no fee to send a request, but public authorities can revert to you asking for a fee based on the numbers of staff hours required to compile requested documents and can also refuse requests that they deem to be unreasonable due to the range of material sought or if the request is too general in nature.

Asking the Department for Climate for all their records on emissions over the past 20 years, for example, will certainly lead to a refusal. However, with a bit of fine-tuning, a more refined request for more specific records over a shorter period of time will more than likely elicit some results.

Here are some examples of requests sent to the Department of the Environment over the past few years to give you a flavour of the sort of information that you can request.

Who should I target with an AIE request?

As mentioned, the vast majority of public bodies are subject to AIE so it is good to have a think about who exactly may hold the information that you want.

The CSO has a great list of public bodies here that you should have a look through when trying to figure out the authorities from whom you want to request records.

For example, you may be interested to see what has been discussed at the meetings of a working group containing several departments, agencies or local authorities. So, instead of just requesting the minutes of meetings from one body, why not request it from all the bodies in the working group.

It may be a bit or extra work, but you would be surprised the number of times that our team have sent requests for the same records to multiple agencies and received refusals from some, redacted records from others and the full document from other bodies to help piece together the full story.

25.10.2020Ireland's tree-planting policies are bad news for biodiversity
30.08.2020Power Down: How years of policy neglect left Ireland in the shadow of a solar revolution
17.06.2020Building barriers: How plans for the largest flood scheme in Irish history became so divisive

Once you press send on your request, the authority has one month to process your request after receiving it. Best to set a reminder on your calendar, or if you want to go full AIE-nerd like our team, create a spreadsheet with details of all your requests.

Although the regulations state that the public authority must respond to your request as soon as possible, it is very rare to receive a reply prior to the month deadline (although this does happen on occasion where you have a very limited and specific request).

Where a request is complex or you are asking for a large volume of records, the authority can request an extension of an extra month.

This journalist and others have highlighted an increasing tendency for decisions on requests – no matter how limited in scope – to be delayed by an additional month. This was an issue even before Covid-19 restrictions limiting people’s access to their office and files.

While requests may be refused on very limited grounds, including public security, commercial sensitivity or privacy protection, you still face the very real possibility that your request is refused.

In this case, you have the option to request an internal review  – you do not need to provide a reason why – and there is no fee. The request will be re-examined by a more senior official who has one month to make a decision but they may well come to the same decision to refuse your request.

You might choose not to stop at a second refusal, as, while there are justifiable reasons to refuse requests, issues have been flagged with accessing environmental information over the years.

This reporter has probably received more refusals than documents released over the years, often for what we would consider to be highly debatable reasons.

For example, the Department of Climate Action refused requests for documents on the use of coal for power generation on the basis that the requested documents were not environmental in nature.

Bord na Mona and the ESB have both refused requests related to subsidiaries companies on the basis that these subsidiaries do not qualify as public authorities under the AIE Regulations.

Decisions by both have been challenged through appeals to the Office of the Commissioner for Environmental Information (OCEI) – the next step after an internal review. However, if you go this far, (for which there is a €50 fee), best not to hold your breath as it can take over a year to resolve a case.

The Aarhus Convention Compliance Committee (ACCC) recently issued a draft finding in a case brought by Right to Know that Ireland had failed to ensure appeals are decided in a “timely manner”.

Despite these limitations, the benefits of using AIE are plentiful and the regulations grant citizens an outlet to exercise their right to access environmental information and help increase transparency of public authorities. We hope that you will join us in sending a few requests over the coming months.