A WHEELCHAIR USER facing homelessness within the coming days has criticised the Government for not providing support to disabled people renting in the private sector.

Michael* received an eviction notice six months ago as his landlord is selling up and since then has not been able to source new accommodation despite being in constant touch with letting agents and landlords.

The consistent response that he receives is that the properties “are not suited for a wheelchair”. Out of around 50 recent queries, just two houses were already adapted, he told Noteworthy.

Having rapidly lost his mobility – from “walking around” to requiring a wheelchair – over the past two years due to a rare genetic condition means that steps, narrow doors and a lack of downstairs facilities rapidly reduces available housing on an already squeezed market.

Michael turned to his local Westmeath County Council for support but was told: “Unfortunately, as you do not qualify for Social Housing Support on financial grounds, the council cannot provide any assistance.”

A staff member advised him to “make contact with estate agents and ask them to advise you of any suitable properties that become available” and to ask his landlord to extend the notice period. 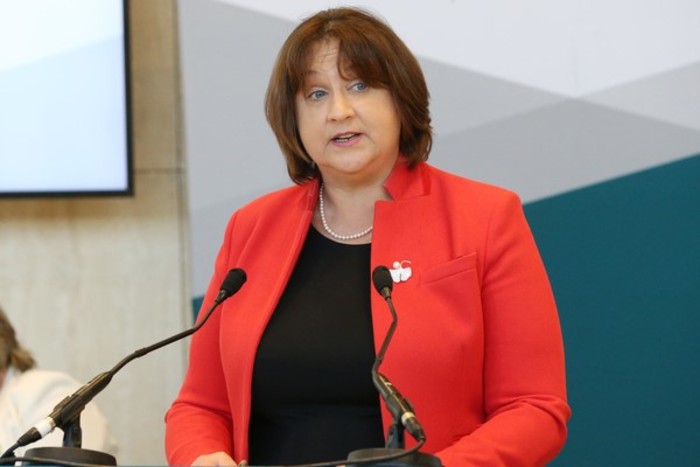 Back in March, Michael’s wife and full-time carer Elizabeth* turned to Minister of State for Disability Anne Rabbitte and told her: “Every accommodation we look at does not meet his needs… We need help I am worried that we our going to end up homeless.”

Rabbitte wrote to Minister for Housing Darragh O’Brien in June and his response a few weeks later – seen by Noteworthy - stated that he understood “that the family have been assessed as not eligible for social housing”.

He advised that, since Michael had a connection with Dublin, they should apply for housing there “as the income threshold is higher”, signing off with “I trust this information will be of assistance”.

This did not help Michael who was also told by the relevant Dublin local authority that he was “over the limit” and there was nothing they could do.

Michael is very angry with the lack of support provided by both Ministers – in particular Minister Rabbitte who had responded: “Be assured we will give you all possible assistance.”

“Gullible me. We believed her,” he said. However, he added that instead she passed responsibility to a different Department.

She’s the Minister for Disability. I have a disability but she just wiped her hands and walked away.

When we put this to Minister Rabbitte, her spokesperson replied: “The Minister for Disability cannot comment on specific cases but, generally speaking, when correspondence is received, the Minister and her team do their utmost to seek a response as quickly as possible.”

The spokesperson said that “the vast majority of Minister Rabbitte’s €2.3 billion budget… relates to the delivery of specialist community-based disability services, which is allocated through the HSE”.

They added queries related to issues outside of the Minister’s brief are forwarded to the relevant Department, with housing queries sent to the Minister for Housing to ensure the person “receives the most comprehensive response they can”.

Noteworthy also asked Minister for Housing O’Brien if there was any support for disabled people such as Michael who fall outside the income threshold for social housing but where it is far more difficult to access suitable accommodation on the private rental market.

A spokesperson for the Department of Housing responded and said it “does not generally comment on specific individual cases”, adding that Housing for All – published last September – “committed to reviewing income eligibility for social housing”.

This review “has been completed” and “work will commence shortly, on foot of the review” which is expected to be completed by the end of 2022, “to scope and develop a new social housing income eligibility model”.

They spokesperson added “no changes are planned to the regional bands or associated income thresholds pending completion of this work”. However, five local authorities – including Westmeath – will move bands on at the start October meaning their threshold increases from €25,000 to €30,000.

That is despite the right “to live in the community, with choices equal to others” being set out in the UN Convention on the Rights of People with Disabilities which Ireland ratified in 2018.

If the cost of disability was added to this threshold, then disabled people could participate in getting social housing.

Overall, the average annual costs of disability in Ireland ranges from €9,500 to almost €12,000, according to the Government’s Cost of Disability Research Report.

In addition, Cawley said that disabled people are often “locked out” of property ownership as well as the private renting market due to a lack of accessible properties. 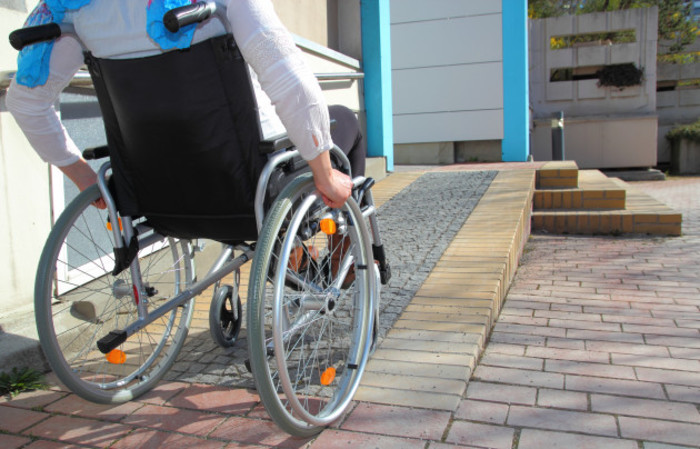 This is true for Michael as even his current accommodation is not suitable. With no shower or bath on the ground floor, he has only been able to wash at the sink for the past year. Steps at his front door mean he cannot independently enter or leave the house without assistance.

He is also no longer able to work due to his disability so has a pension from his previous employer on grounds of ill health. This combined with some social welfare payments that he and Elizabeth receive mean that they fall outside the income threshold for social housing yet have been told by banks that they are not able to get a mortgage.

Related to this, a disabled woman, Samantha*, living in privately rented accommodation in Kerry recently wrote to The Journal about being terminally-ill and the impact of having an inaccessible bathroom.

Due to the rise in electricity bills, she said she can “no longer afford to check into a hotel once a week purely to shower” and was trying – unsuccessfully to date – to find somewhere such as a care facility she could rent for this purpose.

Implementation of strategy is key

A National Housing Strategy for Disabled People was launched at the start of this year. The ILMI commented on this in a recent Government submission, stating: “This policy aims to house all disabled people but in reality is currently housing those who access social housing only. More needs to be done to support those disabled people trying to access private rented accommodation and the purchasing market.”

09.06.2022Opinion: 'A real home feels like an unattainable dream' for many disabled people
07.05.2022'It's heartbreaking’: My husband is unable to return home to our family after stroke
28.10.2021Opinion: 'Housing has been a crisis for disabled people for decades'

The strategy includes an “affordability of housing” theme. Implementing this is key, according to Cawley, with more support needed “for disabled people to access affordable housing”.

In Westmeath, director of services Keaveney said that the local authority is “working to build a pipeline to deliver affordable housing and, with its partners, cost rental properties in the county”.

Cawley said that departments, local authorities and other agencies “all should be working together so that thresholds aren’t barring people from getting a house”. This need for better interagency collaboration is referenced in the new housing strategy, he added. 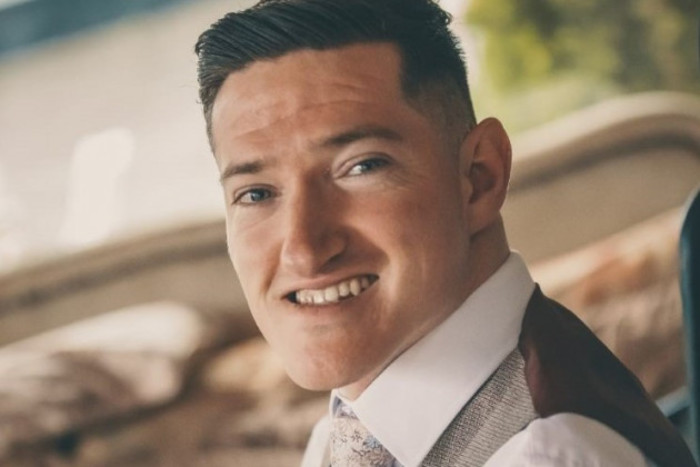 The Department of Housing spokesperson said that this national strategy “will operate within the framework of Housing for All” and “sets out the vision for the cooperation and collaboration of Government Departments, state agencies and others in delivering housing and the related supports for disabled people over the next five years”.

They added that this includes “enabling access to affordable housing for disabled people in order to address the challenges disabled people experience with the private sector in terms of home ownership and private renting”.

A spokesperson for Minister Rabbitte told Noteworthy that “the new strategy places a greater emphasis on independent living and community inclusion than the previous strategy”, adding that it “seeks to facilitate disabled people to live independently with the appropriate choices and control over where, how and with whom they live”.

What happens once homeless?

Noteworthy also asked the Minister for Housing what support would local or national Government be able to offer Michael – and disabled people in his situation – if they become homeless. A spokesperson for the Department responded:

“In the unfortunate event of an individual becoming homeless, they should contact their local authority who can provide an immediate response to ensure households are provided with the accommodation and supports required.” They added:

Any household assessed as homeless may be placed into temporary emergency accommodation without the requirement to undergo a social housing assessment, allowing local authorities the flexibility that is essential to respond quickly and effectively to the various needs of cases that may arise.

In Westmeath, Michael and Elizabeth have less than a week left in their current house, but would be homeless already only for an extension from their “absolutely brilliant” landlord.

Michael said he is thankful for the “roof over our heads and food in our presses” but doesn’t know what they will do if they haven’t found a new home by Wednesday. Right now, he’s trying to be optimistic and is “not even thinking of that”.

*Names have been changed

Across Ireland, over 2,800 disabled people continue to live in congregated settings and more than 1,300 people under the age of 65 are living in nursing homes.

Here’s how to help support this project>