Noteworthy Editor Maria Delaney was awarded top prize in the Special Interest category for her work on eating disorders and failures by the health system.

The National Print/Online award went to Noel Baker of the Irish Examiner for his article on “how a desperate Cork family’s pleas for help ended with their beloved Kay in prison”.

Journal Media sponsored the student journalism category, which was awarded to Adam Leahy of the Limerick Voice for his piece: “Student-run Twitter page highlights mental health struggles at UL.” 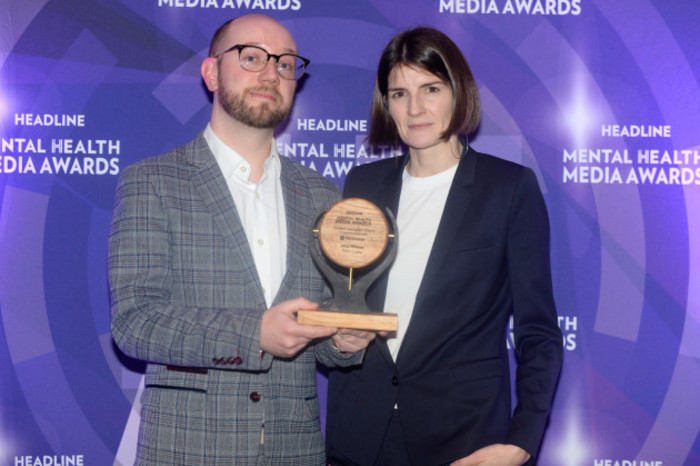 Áine O’Meara, Headline Programme Lead said that “among today’s winners are some of the best storytellers, investigators and advocates in the country, navigating difficult narratives, championing under-reported issues and giving a voice to the voiceless”.

Through their work, they have made people feel less alone, empowered them to speak out and guided them towards help and support.

“For these reasons and more, we are especially honoured to be here today to celebrate those who are doing incredible work in this area.”

Minister of State for Mental Health and Older People Mary Butler, said that “reducing the stigma and discrimination associated with mental health difficulties is central to improved wellbeing for us all”.

“The media plays an important role in how ill mental health is written, spoken and thought about in Ireland,” the minister said.

“Through the Mental Health Media Awards it is important to acknowledge and celebrate the stories that make a contribution to dismantling stereotypes and enhancing public understanding of mental health.

“We have made great strides over recent years to change attitudes towards mental health and this progress is thanks, in part, to the work being done by Headline and responsible media organisations around the reporting of mental health difficulties.”

Journal Media had picked up nominations at the Mental Health Media Awards in five categories: