THE ENVIRONMENTAL WATCHDOG is set to investigate a complaint that State authorities have failed to protect Ireland’s protected raised bogs from illegal peat cutting.

The Environmental Protection Agency (EPA) is taking action following a complaint made by Friends of the Irish Environment (FIE) under the EU’s Environmental Liability Directive.

FIE argues that no effective action has been taken to date by Irish authorities to limit cutting and protect Ireland’s raised bog network.

The cutting of peat in Ireland’s active raised bog network was banned in 2011 to protect the internationally important sites listed as priority habitat for protection under EU law.

From our original 310,000 hectares of active raised bog, the National Parks and Wildlife Service (NPWS) estimated in 2017 that just 50,000 hectares remain, much in “poor ecological condition”. 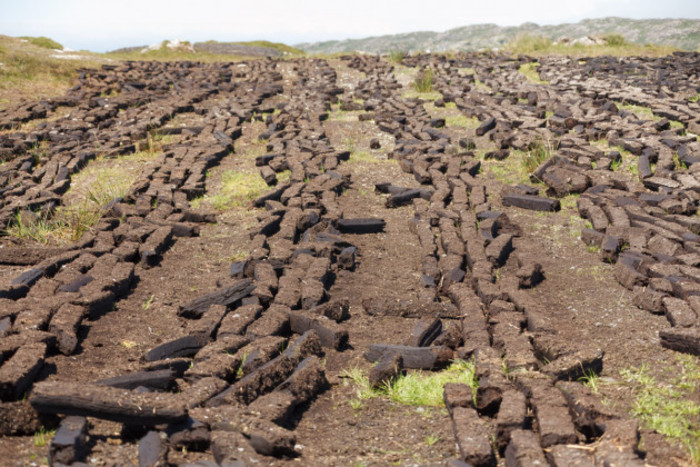 According to the State’s most recent report to the European Commission in 2019, cutting was documented on 22 protected bogs, with the EU body outlining its concern in April 2020 that the ban on turf cutting has “not been met with an effective response”.

In its submission to the EPA, FIE said that this issue “represents a direct, persistent challenge to the rule of law in the EU” and requested that the agency “take immediate action to halt the ongoing environmental damage”.

The EPA told Noteworthy that it has commenced an investigation into the issues raised in FIE’s report and will engage with the NPWS to determine what information it holds that is relevant to the investigation.

“The EPA has made initial contact with the NPWS and they have been forwarded a copy of the report [from FIE]. Further engagement will take place in due course,” it said.

The Department of Housing – under which the NPWS sits – said that “the NPWS is not under investigation by the EPA” and that “it will continue to liaise as appropriate with the EPA with regard to both organisations respective functions”.

As part of its PEAT’S SAKE investigation, Noteworthy revealed in January that peat was illegally extracted from over 280 plots on EU protected active raised bog sites in 2021.

Our analysis – based on data released to the Irish Wildlife Trust via Freedom of Information – found that peat extraction took place at 320 plots per year on average in protected areas since 2012.

Half of all the documented cases have taken place at just five protected areas. The key trouble spots where significant cutting still continues are Monivea SAC and Barraoughter SAC in Co Galway, Mouds SAC in Co Kildare, and Callow SAC in Co Roscommon.

According to data released by the NPWS, cutting was still taking place at 51 plots at Monivea Bog in 2021, despite the NPWS calling in 2006 for the cessation of cutting there due to the bog’s high levels of uncut high bog.

Mouds Bog in Co Kildare – the site with the second highest number of plots cut since 2012 – was also identified for immediate cessation of cutting by the NPWS in 2006. Yet, in 2021, cutting was identified at 38 plots at the large bog complex close to Newbridge.

Speaking in the Dail last May, the Minister for State Malcolm Noonan said that the NPWS routinely carries out patrols and site visits to monitor for extraction on protected bogs.

As part of the PEAT SAKE series, Noteworthy has examined extraction of peat for horticulture and illegal cutting on protected bogs. You can read these articles here.

Noteworthy will publish more articles over the coming months as it delves into decades-old enforcement issues around large-scale extraction of peat in the Midlands.