THE OFFICE OF Public Works is sitting on more than thirty vacant sites around the country, some of which have remained idle for well over a decade.

The lands are made up of former customs posts, disused sites, and parcels of land purchased as part of the disastrous plan for decentralisation of government departments that was announced in 2003.

The OPW has five former customs posts along the border with Northern Ireland, two in Louth, and one each in Cavan, Monaghan, and Donegal.

Those are being kept while “alternative state use [is] being examined”. However, the minister responsible for the OPW Kevin Boxer Moran said they were not being retained as part of Brexit planning.

Minister Moran also told Noteworthy there would be a renewed focus on dealing with vacant properties and sites in the months to come.

He said the OPW would first be targeting empty garda stations with a particular focus on making them available for community use.

Mr Moran was responding to last week’s article on TheJournal.ie, which revealed that almost 100 OPW-managed buildings were lying idle around the country, some since the 1980s.

“A lot of people have been on to us about those vacant properties,” he said, “and we are going to go out again and look for other uses for them.

“I don’t like to read reports saying we leave property idle. It is not unusual for a country to have an amount of properties vacant and our numbers are quite low.

“I’ll be the first to admit I’m tired answering queries and parliamentary questions about empty buildings. I want to tackle garda stations first and we will try and find a use for them.”

He said the OPW would then look at other vacant buildings and sites, but said there were occasionally complications about why a property might be left sitting idle for an extended period of time.

Records obtained by Noteworthy show how ten sites remain in state hands from the ill-fated decentralisaton plan, which was introduced by Finance Minister Charlie McCreevy in December 2003.

The doomed plan was vigorously opposed by civil servants and was described by the late Garret Fitzgerald as “seriously damaging to the national interest”.

Although some state agencies and parts of government departments did end up leaving Dublin, most remained and the OPW was left with a portfolio of property for which they had no use.

Of the ten sites – all of which were purchased between 2006 and 2008 – the OPW has said that “alternative state use” are being examined for five while two are being prepared for disposal.

In some cases, parts of the site have already been put to use like in Waterford City where some of the land was used to build the city’s new courthouse.

Minister of State Moran said all of the decentralisation sites would be offered to the Department of Housing to see if they were suitable for the provision of housing.
https://public.flourish.studio/visualisation/637368/

If you cannot see the graphic above, click here.

A number of the sites were bought at considerable cost to the taxpayer with well over €20 million paid to buy them. That included prices of up to €8 million for the site in Waterford down to just €390,000 for land in Knock, Co Mayo.

However, the likely paper losses on these purchases was offset by the Office of Public Works from the sale of land in Dublin that was freed up as part of the decentralisation shake-up.

Many of these disposals went through at the height of the property boom including the sale of the two acre former veterinary college in Dublin’s Ballsbridge for an eye-watering €172 million.

Four of the OPW’s vacant sites are in Dublin with plans in place for three of them.

A one-acre site on Hammond Lane in Smithfield has been lying idle since 2000, after being purchased for IR£4 million by the OPW.

It has been earmarked for a new Children’s Court but the plans have faced repeated delays due first to the recession and later budgetary over-runs. 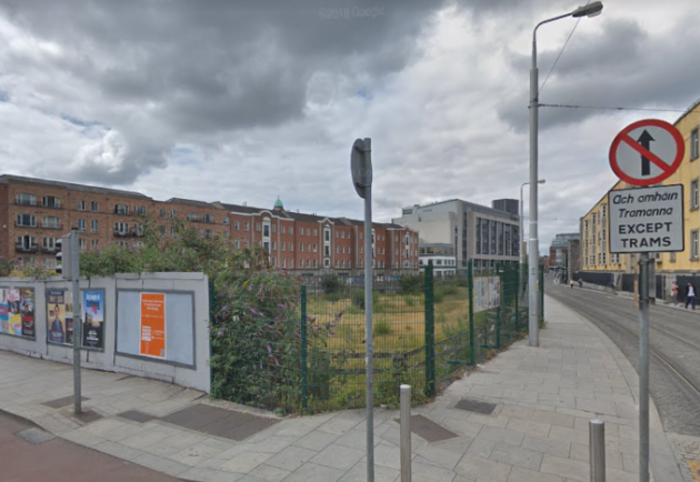 Four years ago, Minister Frances Fitzgerald said the complex would be complete in 2020. The project has since stalled with the estimated cost now at €120 million while just €80 million is available in Department of Justice budgets for its construction.

The OPW is now facing the prospect of paying a vacant sites levy on the site of up to €700,000-a-year to Dublin City Council.

A second vacant site on Military Road near Heuston Station had been chosen as the location for a new Garda Security and Crime Operations Centre.

It is just the latest in a long line of plans for the 4.7 acre site, which has been empty for more than twenty years and is also listed on the register of vacant sites.

There are now also question marks over whether the current plan will be sufficiently big to cater for increased garda numbers.

The OPW also has a small half acre site on Leeson Lane near St Stephen’s Green that is being readied for an office development.

The site also has a chequered history with the Office of Public Works criticised in the past over demolition works there and the general maintenance of the site. 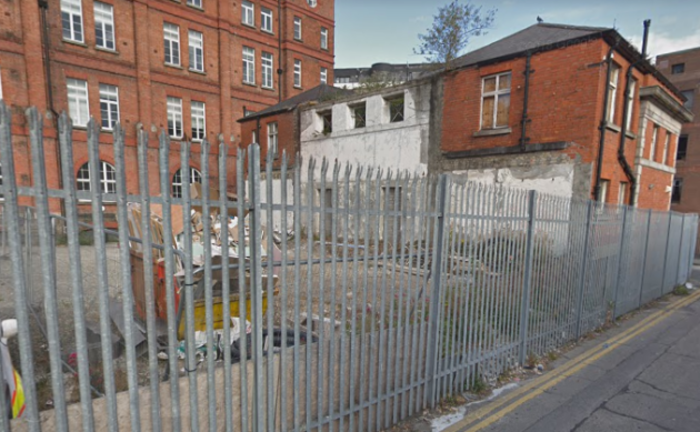 The OPW has a fourth vacant lot in Dublin, a one acre site in Kill Of the Grange in the south of the county.

The land beside the National Rehabilitation Hospital had been intended for use as a garda station after being purchased in 2007.

However, its future is now up in the air with the OPW saying only that “alternative state use [was] being examined”.

Among the plans considered for the site were construction of a new school and discussions with both the Department of Education and the local Dun Laoghaire Rathdown County Council are continuing.

In an official statement, an OPW spokesman said they had not been asked by government about using the former customs posts as part of Brexit planning.

He said that the decentralisation project had been cancelled in 2011 at the height of the recession. “A decision was taken by the OPW not to dispose of the sites until market conditions improved.”

He also said that a site in Crosshaven, Co Cork, had been the subject of legal proceedings; it had also led to the dereliction of several cottages adjoining the land.

“As soon as the legal proceedings are concluded, the OPW will be in position to dispose of the cottages and site,” he said, “Cork County Council considered acquiring the properties and site but decided not to proceed with the acquisition.”

Help us find out more

Would you like to know more about all of the property in state hands that is currently idle?

Noteworthy is looking to fund this proposal to see how much empty property each state body has. Please support the project if you can.

For a searchable list of the vacant OPW sites, you can visit here.