A FURTHER WAIT is facing people who were hoping that publicly-funded IVF would be rolled out in the new year, as promised by the then Minister for Health Simon Harris last December.

Details of the model of care were announced by the Department last December with phase two seeing “the introduction of tertiary infertility services, including IVF, in the public health system”.

A spokesperson for the Department of Health told Noteworthy that “it is not possible at this time to give a definitive timeline for the completion of phase two of the rollout of the model of care”. They added that “it is contingent on the [assisted human reproduction] AHR legislation being commenced, as well as the required resources being in place”.

At the time of the announcement this time last year, Minister Harris told TheJournal.ie: “I think it’s likely to take most of 2020 to pass and commence the legislation. So realistically I think you’re looking at 2021, in terms of IVF being available through the public health service and being publicly funded”.

A public fund which promised financial support for people undergoing fertility treatment was first announced in 2017.

The model of care “will be rolled out on a phased basis over the course of the coming years”, according to Health Minister Stephen Donnelly in response to a parliamentary question from Fine Gael TD Neale Richmond on fertility funding.

Phase one involves the setting up of Regional Fertility Hubs and €2 million was provided for 2020 in order to commence the development of these, a Department spokesperson told Noteworthy.

Donnelly also said that the development of these hubs has “slowed due to the management of the Covid-19 pandemic” but “additional funding is being made available in 2021… to facilitate the continuation and completion of phase one”. 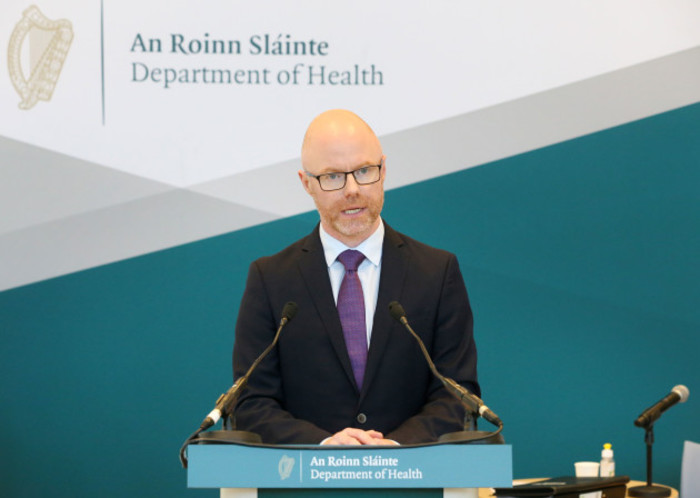 Wingfield said “there has been a little bit of progress” with funding provided to “locations around the country to develop secondary level care”. One of these will be set up in Holles Street and she said they’re “hoping to set that up next year”.

This covers investigations into why a couple might not be getting pregnant and surgery for a small group of women who aren’t ovulating, according to Wingfield. “It’s a step towards trying to have a more organised system which would then act as a referral system.” However, she added that there’s still no funding for IVF once referred.

That comes in phase two of the model of care. In the recent parliamentary question response Donnelly stated that this phase “will not commence until such time as infertility services at secondary level have been developed across the country and the AHR legislation is commenced”.

This link of the model of care to legislation is “a convenient way of putting it off”, according to Wingfield.

When asked about the need to link the model of care and legislation, a Department spokesperson said “while the number of people accessing AHR treatments and services in Ireland is increasing, the provision of these services remains largely unregulated, which means that individuals are availing of often highly complex procedures in a legal vacuum”.

They added that this legislation is “required in order to assist people to have children safely, to clarify the legal position of children born from these practices, and to ensure research and new reproductive technologies are carried out within a prescribed ethical framework”. It will also provide for the establishment of the AHR Regulatory Authority.

Decades of waiting for bills

The legislation has not yet gone through any of the necessary stages of the Seanad and Dáil. Drafting has been ongoing for a number of years, with many iterations of human reproduction bills going through the Oireachtas unsuccessfully over the past 20 years.

The current draft bill is on the “Department’s priority list for publication during the spring legislative term”, said the spokesperson. They stated:

In a separate statement to Noteworthy the spokesperson also said that “while AHR treatment is not currently funded by the Irish public health service, a defined list of fertility medicines needed for fertility treatment is covered under the High Tech Arrangements administered by the HSE” in addition to “tax relief on costs” of AHR treatment. 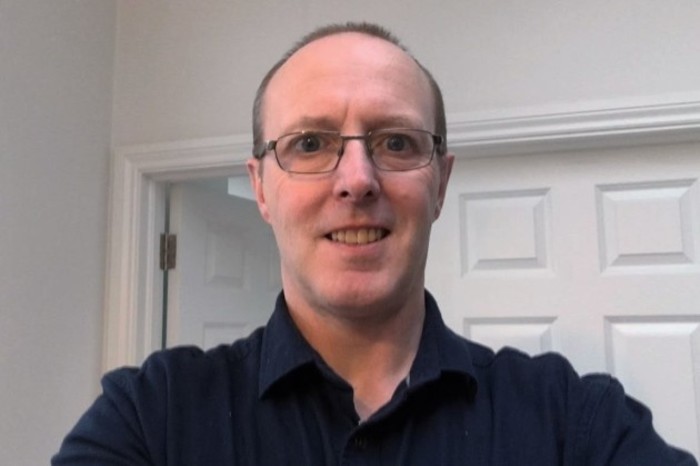 Around one in six couples in Ireland experience difficulty when trying to have children and many face thousands of euro in costs if they seek assisted human reproduction (AHR) treatment. This has led many people to travel overseas for cheaper fertility treatment – something that the pandemic has impacted as reported recently by TheJournal.ie.

The cost of IVF is quoted as around €4,500 on the main Irish fertility clinic websites but this can quickly turn to tens of thousands when multiple cycles as well as other tests and treatments are needed, according to Rory Tallon, who underwent IVF with his wife Sarah.

Tallon has cystic fibrosis (CF) which causes infertility in about 98% of men due to the absence of the sperm canal – the vas deferens. However, sperm can be extracted by clinicians and through IVF it is possible for men with cystic fibrosis to become fathers.

“It was a comparable cost to a wedding or a house deposit,” said Tallon who added that he was lucky his wife already had a house when they met so he could use the money he saved to help fund the treatment. The couple had to undergo a number of cycles of IVF before the birth of each of their two daughters.

It’s unjust that because it’s so expensive it is practically only available to the middle and upper classes that can afford it. If you’re a couple from a lower socioeconomic position, you just wouldn’t be able to.

With new treatment, the health and quality of life of people with cystic fibrosis is improving year on year, but many adults work part-time or are not able to work due to health reasons, according to Tallon who is also employed as an advocate for CF Ireland. A survey conducted by the charity in 2017 found that 14% of respondents were too ill to work.

“Unless you’ve been very prudent with your finances, you probably won’t have a huge savings reservoir capable of meeting [the cost] of IVF.”

CF Ireland gives €55,000 worth of fertility grants to around 20 people – 80% men – with cystic fibrosis every year from money raised through fundraising. This money covers a portion of the cost of fertility treatment.

The charity also gives a grant to cover part of the cost of preimplantation genetic diagnosis. Three cycles of this test are covered for couples who are carriers of a genetic disorder on the NHS but not in Ireland.

With infertility a growing issue in the general population, Tallon said this is not just a niche CF issue and there is a need for Government funding for infertility. Couples might think it will cost a few thousand but very quickly could find themselves on their third or fourth cycle, he explained.

Another group that often requires fertility treatment are people who have undergone treatment for cancer. Paul Gordan, policy and public affairs manager of the Irish Cancer Society said that “we don’t want to see people who can’t afford IVF not having access to a treatment that is available in most European countries”.

15.11.2020'It's a huge source of stress': Women going abroad for IVF hit out at mixed messages over travel restrictions
19.12.2019Explainer: When will IVF treatment be provided through the Irish public health service?
17.10.2019'Absolutely outrageous' that promised public fertility fund still not finalised

Ireland is the only EU country not to offer state funding for assisted reproduction even though the World Health Organisation recognises infertility as a medical condition. Lithuania joined us up to recently but now their national compulsory health insurance reimburses providers for two cycles of IVF per couple treated.

Gordan said there has been some development in terms of regional hubs but “we have seen a couple of missed timelines that have been set about when people will have access to publicly funded IVF”. He added that IVF is “what people really want to see” as it’s really important for people with cancer and cancer survivors “when they progress into a life [after treatment]”.

The fertility of both women and men can be impacted by both different types of cancer as well as cancer treatment. Some have the option of freezing their semen or eggs in order to preserve their fertility but may then need treatment such as IVF in order to have a baby.

Fertility preservation for people with cancer is currently provided by the State but to date was only offered to adults in one location – the Rotunda Hospital. 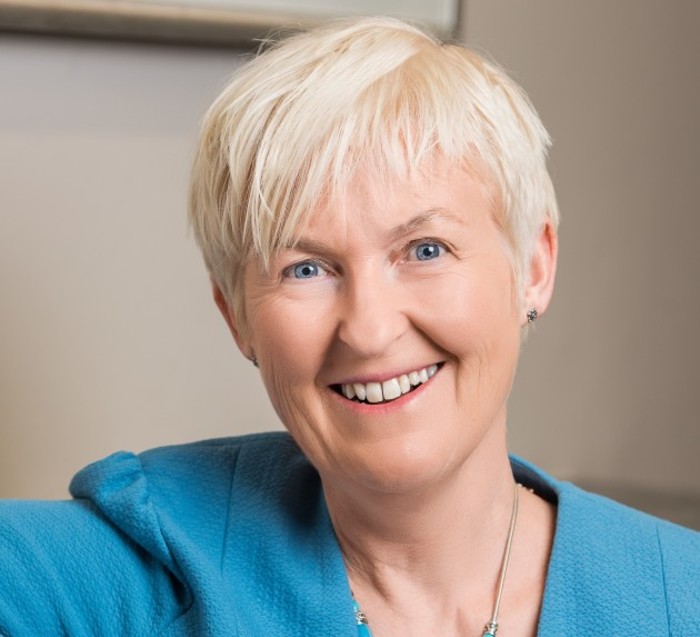 “This is another area that needs to be looked at,” according to Prof Mary Wingfield. “There is some funding at the moment but it goes to one clinic and it’s inadequate.”

A spokesperson for the HSE told Noteworthy that “while this service was originally provided by the Rotunda, it subsequently was acquired by a private provider who continued to provide the service at the Rotunda”. This private provider has since relocated and is no longer based there. They continued:

“As the range of services that can potentially be offered in the area of fertility preservation is expanding it is now timely to review the service provision.”

The Irish Cancer Society in conjunction with Merrion Fertility are funding a Childhood Cancer Fertility Project over the coming years in order to improve “access to fertility preservation for children and young adults”, according to Gordan. He hopes that a “more sustainable funding line” will be obtained once their project demonstrates its effectiveness.

We feel there should be a system where there is equity of access to fertility treatment. We want cancer patients to have the same opportunities as others to have children regardless of their background or income.

Gordon said there was an expectation that publicly funded IVF would become available sooner which has led to frustration for everyone “as there is a timeline – a clock – on this for many people”. He added there needs to be more urgency for the progression of both public funding and the passing of the AHR legislation.

“It would be great to understand the timeline for both but in reality people want publicly funded fertility treatment and want answers as to when that will happen.”

Has the delay in publicly funding IVF destroyed people’s chance to have children?

Through Noteworthy, we want to do an in-depth investigation into the impact of the wait for public fertility funding and look at the potential obstacles to overcome in order to put IVF through the public system.

We want to compare fertility costs in Ireland to other EU countries and look into the type of state funding offered. We also want to investigate the supports offered to people who need fertility-related procedures or treatments due to health complications or illness.