A KEY PLAN linked to the monitoring of fishing quotas in Ireland has been revoked by the European Commission, the first time it has undertaken this action.

This ‘control plan’ allowed Irish fisheries to weigh their catch in factories, but since authorities here “did not take appropriate measures” to address noncompliance including “manipulation of weighing systems” and “under-declaration of catches by operators”, fish will no longer be allowed to be weighed in this way.

Instead, they must be weighed at the quayside, something that fish producer organisations strongly object to, with some launching High Court court cases against aspects of this type of weighing in recent months.

The decision document issued by the European Commission also stated that this failure to ensure appropriate weighing “puts at risk the accuracy of the data reported that are essential for control purposes and monitoring of the uptake of fishing quotas”.

An EU official told Noteworthy that “this is the first time that the Commission has revoked approval for the weighing control plan of a Member State due to unsatisfactory application of the rules”.

Both the Department of Agriculture, Fisheries and the Marine (DAFM) and the Sea-Fisheries Protection Authority (SFPA) declined to comment on Ireland being the first Member State to have this “consequence”, as the Commission put it. 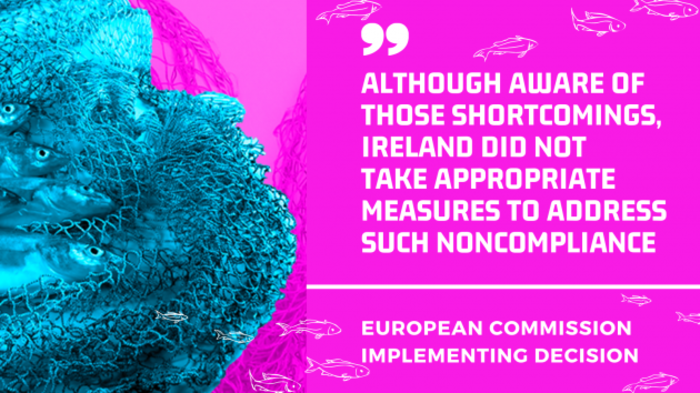 Issues with enforcement of fisheries controls have been identified by a number of reports and Commission audits over the past 15 years.

The most recent Commission audit in 2018 detected “severe and significant weaknesses” in the Irish control system, according to a Commission statement in 2019.

This audit, seen by Noteworthy, focused on pelagic stock including mackerel and herring. Cases of “detected or suspected tampering with weighing systems for in premises conducting official weighing of catches of bulk pelagic species” were highlighted.

Following the 2018 audit, the Commission undertook a formal administrative inquiry to evaluate Ireland’s capacity to apply the rules of the Common Fisheries Policy. This latest decision was a result of both the audit and subsequent inquiry.

As part of this inquiry, the Commission recently found that Ireland overfished a combination of mackerel, horse mackerel (scad) and blue whiting – all pelagic stock – by over 42,000 tonnes between 2012 and 2016, and advised that amount is to be taken from future quotas.

The Commission also suspended €25 million in EU co-funding, with a total of €37.2m at risk if suspensions continue and affect future funds.

Patrick Murphy of the Irish South and West Fish Producers Organisation (IS&WFPO) said that the industry does not know what the implications of this decision will be, but using examples from potentially having to travel further to ports to unload catches to the additional infrastructure needed on quays around the country, he implied the impacts would be wide-ranging.

“I’m disappointed in the manner that this has been handled by the European Commission. [It has] been acting on a report that has not been shared with the industry.”

Murphy said he has yet to receive clarification from either the SFPA or DAFM on what this latest Commission decision will mean for fishers. 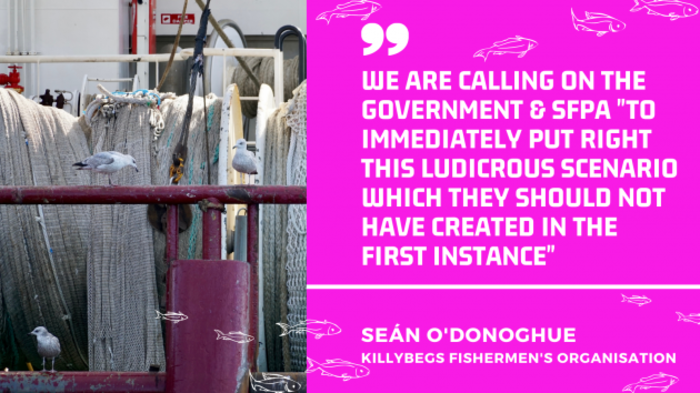 The chief executive of the Killybegs Fishermen’s Organisation (KFO), Seán O’Donoghue, called the revoking of the control plan a “bombshell” which “has the potential to have a massive negative impact on the pelagic, demersal and shellfish sectors”. He added that it “will not be accepted by industry”.

Most of the pelagic fleet are based in Killybegs. The KFO are one of Ireland’s most active producer organisations when it comes to registering its lobbying efforts.

“We are simply flabbergasted that this bewildering move which has such a direct and draconian impact on all aspects of Irish fisheries, could be considered without any advance notice.”

The control plan not only covers pelagic stock – the focus of the Commission audit, but also demersal species, including whitefish such as cod, hake and haddock. So the impact of this decision will be seen across the main fisheries in Ireland.

IS&WFPO represents fishers in ports such as Castletownbere whose landings mainly comprise of demersal stock. Murphy felt the decision to revoke the entire control plan inferred that “everybody in the industry must be doing something wrong” as all fishers were being “punished” in the same way.

When asked about the impact on Irish fisheries an EU official told Noteworthy that once the control plan is revoked:

Operators within the fishing sector would be obliged to weigh all catches, including pelagic and demersal catches, on landing before transport.

They added that revoking this plan “would not preclude Ireland from submitting a new control plan, including for the weighing of demersal catches, for approval by the Commission”. 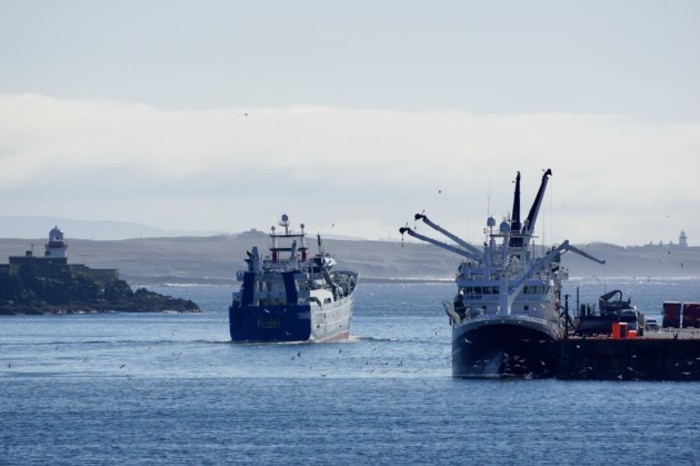 A fishing boat heads out to sea in Killybegs, Co Donegal, while another unloads its catch.
Source: Maria Delaney via Noteworthy

Dr Susan Steele, chair of the SFPA, said they “will be contacting producer organisations and industry representatives as well as holding local meetings to ensure that the industry is familiar with the changes that are required”.

“This decision is a clear marker of tougher fisheries controls across the EU. The SFPA takes its commitments under the Common Fisheries Policy very seriously.”

A spokesperson for DAFM said that “the discontinuance of the Control Plan submitted by the SFPA in 2012 and the new arrangements arising from this Commission Decision are operational matters for the SFPA and the Minister is precluded from getting involved in these matters”.