SIGNIFICANT STAFF SHORTAGES have left the energy regulator struggling to fulfil its new security of supply role amid the most severe energy crisis that the State has faced in decades, Noteworthy can reveal.

The Commission for Regulation of Utilities (CRU) has an important role to play in supporting the State to achieve climate targets while also dealing with the renewables roll-out, and protecting customers.

Addressing the risks to security of electricity supply is now also a very high priority for the Government and it has requested significant input from CRU staff and senior management.

Tànaiste Leo Varadkar warned last week that authorities came close to issuing an amber alert, with a risk of more alerts in the run-up to Christmas.

Speaking during Leaders’ Questions last Thursday, Varadkar said that the margin between energy supply and demand is also likely to be “very tight” over the next few weeks as temperatures drop.

A tranche of records released to Noteworthy as part of its LIGHTS OUT project show that the energy regulator warned the Department of the Environment, Climate and Communications (DECC) in March that it needed to recruit 74 extra staff or it would struggle to hit its targets under an expanded security of supply and climate action remit.

“It is simply not possible for us to successfully absorb new functions or respond to advancing policy requirements within the existing organisational structure,” the CRU warned. The shortage includes a director, nine managers, 46 analysts, 11 specialists, and seven administrative staff.

Redesigning the energy market, “that has the potential to impact in the order of hundreds of millions in value per annum”, is also “frequently delayed by a lack of staff”, according to the CRU report to DECC.

It told the Department that the delivery of new competitive auctions to secure more renewables on our power system to reach 2030 targets “has also been delayed due to resource challenges”.

The CRU also needs to invest in a new division to focus on decarbonisation, led by a new director, to accelerate work to meet the State’s decarbonisation ambitions.

“Absent a new Director to ensure focus and priority is given to this crucial work, this work will be juggled across numerous busy teams of CRU creating a bottleneck to progress,” the regulator said.

In the interim, the CRU told the Department that it will have to hire consultants “at significant cost until such time as we can recruit to fill proposed posts” to fulfil its growing energy and climate remit.

In April, the regulator put forward a business case to hire two engineering consultants as its growing security of supply remit “cannot be delivered” by existing teams within the required timelines.

The impact of non-delivery, it warned, is “significant” such as “rolling blackouts for extended periods”, stressing that the hiring of additional support is “required without delay”. 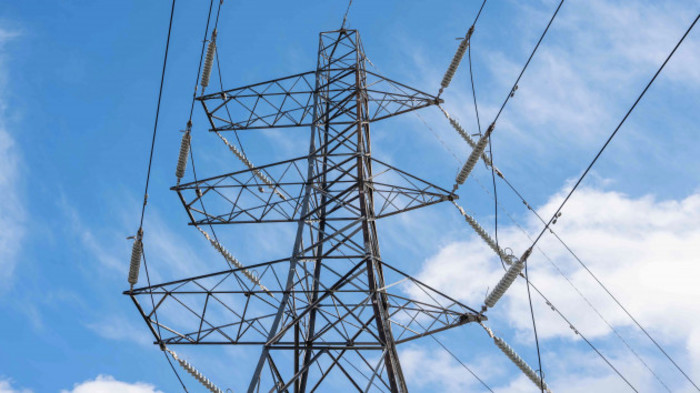 The CRU warned the government it would struggle to meet targets under its expanded remit
Source: Irene Miller

Tony Weldon, the chair of the regulator’s Audit and Risk Committee, highlighted his own concerns to the Commission in November 2021 that inadequate resources were impacting on its ability to deliver on its strategic plan.

In a letter to the CRU chairperson, he highlighted how the issue of human resources “came up repeatedly” at risk committee meetings.

He said it was clear that the demands placed on the organisation are “very high” and “constantly increasing”.

“I am worried that the present situation will lead to overstress on existing staff at all levels from current activities and an inability to take on new activities safely,” he said.

The concerns of the committee are ongoing with the risk from inadequate resources scored at 25 out of 25 in the June 2022 risk register, released under Freedom of Information. It said there was a risk of delays to key work and “burnout of existing staff and potential retention issues”.

Both the CRU and the Department confirmed to Noteworthy that the regulator has now been sanctioned to fill the 74 positions over the next three years, with recruitment ongoing.

According to the CRU, seven manager posts have now been filled, eight positions are currently open and an additional 15 positions are expected to be filled by the end of the year. That means that there are still almost 70 positions to fill overall.

The Department said it is aware the demands placed on the CRU are “significant and pressing” and that it is “satisfied” it took appropriate action to secure the resources required by the CRU.

This series also delves into how the State failed to get enough power on the grid to avoid the energy crisis and looks at the emissions of data centres.

Have a listen to The Explainer x Noteworthy podcast on our findings.

By Niall Sargent of Noteworthy

This investigation was part-funded by you, our readers. The remainder was funded by Uplift supporters to enable an in-depth examination of data centres.